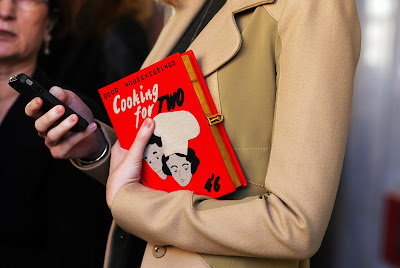 Olympia Le-Tan, has designed a series of bags that feature impeccably embroidered recreations of book covers from first edition novels such as Moby Dick, The Catcher in the Rye and 1984. The collection is inspired by Le-Tan’s affection for collecting old books and each clutch is handmade: colourful canvas for the base, Liberty-print lining, felt appliqué and silk thread for the embroideries complete the intimacy of each treasured piece. Recently she has expanded her range to include Liberty printed tea dresses and felt embellished denim jackets and hair accessories. 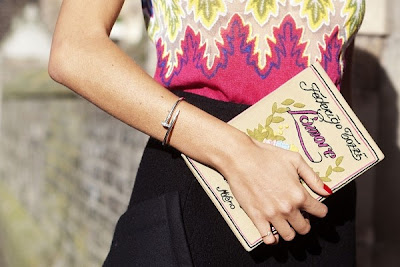 Adored by the literary-loving fashion elite, French designer Olympia Le-Tan’s artisanal collection re-imagines classic book covers and transforms them into clutches and accessories. From the painstaking hand embroidery to the Liberty-print lining, exquisite attention is lavished on every detail. 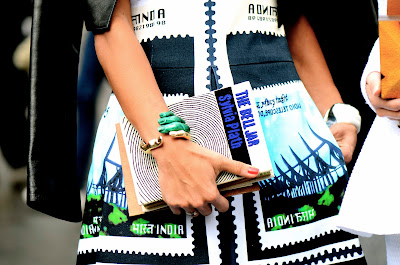 The daughter of French illustrator Pierre Le-Tan, she attended art school in Paris and got her sartorial start at 19 when she worked for Karl Lagerfeld in the design studio of Chanel. There she met Gilles Dufour, with whom she collaborated for seven years, first at Chanel, then at Balmain (where they infamously put Claudia Schiffer in a t-shirt reading “Balmain Bitch” that got them both fired) and later under a new label, Gilles Dufour. Le-Tan was also designing a handmade line of bags under her own name at the time. 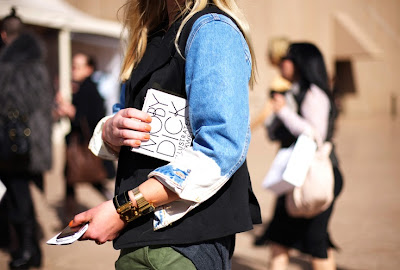 Her music stint began in 2004 when Andre opened Le Baron and asked her to come on as a “sound designer.” Le-Tan soon found herself an in demand DJ for the likes of Kirsten Dunst and for Yves Saint Laurent, Balenciaga and Purple Magazine’s after show parties. 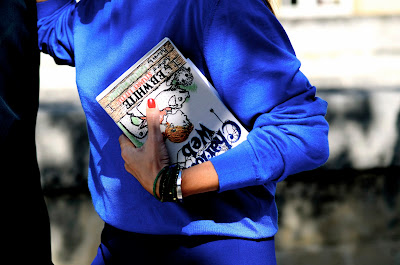 Now the multi-hyphenate Le-Tan has set her focus again on handbags, in September 2009 she launched her “You can’t judge a book by its cover” collection, inspired by the first edition covers of classic literary favorites like “Lolita” and “The Catcher in the Rye.” 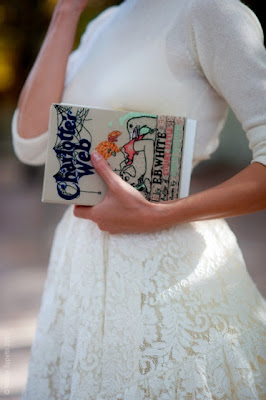 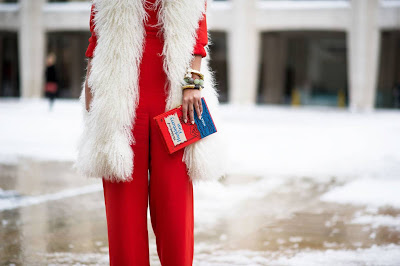 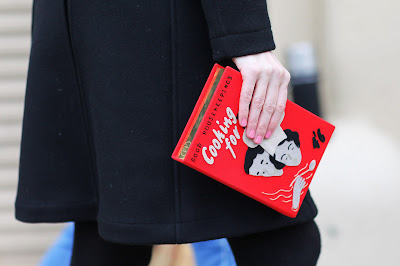 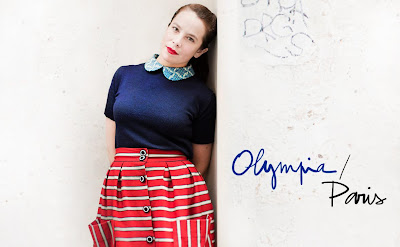